Sent to Gregoruta 13Y to investigate a newly constructed Chapel prior to Consecration. Corilian Laecudilius, a Commissar in the Kingdom of the Divine’s military arm and secretly an agent for the Inquisitional “Holy Order”, joins forces with Dawn, a barbaric bounty hunter and newly recruited Agent to solve the case. Working alongside a former Planetary Defence Force soldier an an Assassin, can the party uncover the foul heresy afoot on Gregoruta 13Y? 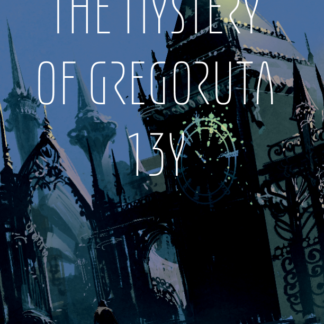 You're viewing: [Ebook] Void Apostasy: The Mystery of Gregoruta 13Y £5.00
Add to basket